I am very excited to release the paper 3D Multi-Robot Patrolling with a Two-Level Coordination Strategy (just appeared in Autonomous Robots) and its open source code.

In this work, we present a distributed multi-robot patrolling technique for UGVs. We focus on aspects which are typically overlooked in the literature, such as avoiding conflicts and deadlocks in spaces shared by multiple UGVs, considering full 3D environments, traversability analysis, coordinated path planning, and real validation in 3D scenarios.
We designed a two-level coordination strategy in order to minimize and explicitly manage conflicts and interference both on the topological and metric representations of the environment. Our robots are able to negotiate:
1) topological conflicts by selecting out exclusive goal nodes on the basis of a shared idleness representation,
2) spatial conflicts by applying a multi-robot traversability function.
Continuous interactions between the two strategy levels crucially ensure coordination and conflicts resolution. Our multi-robot patrolling algorithm is fully integrated with a 3D SLAM algorithm, traversability analysis, and coordinated path planning. This enables our system of UGVs to operate in 3D. Both simulations and real-world experiments are presented to validate the performances of the proposed patrolling strategy in 3D environments. Notably, no deadlocks were observed during our experiments and the number of interferences was always very contained (or zeroed in some cases).

Videos and further information can be found on the project webpage.

The repository 3dpatrolling provides part of the C++ implementation behind our work and contains different ROS packages which allow testing the proposed multi-robot strategy within a V-REP simulation environment. 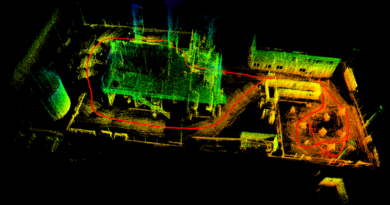 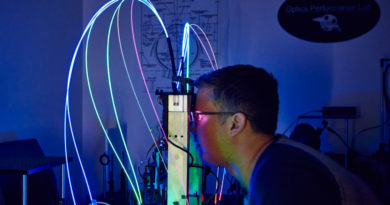